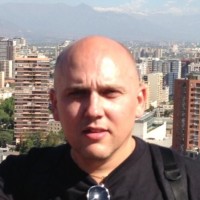 This album popped up in some playlist on Spotify and I was hooked pretty quickly. Ingrid is decribed on Wikipedia as as singer-songwriter and playing Indie pop or Folk pop. I would describe this album as more Indie pop, for sure.

This album is inspired by the Stranger Things TV series and maybe that is why I like it. It has some 80’s vibe and also poppy ’20s hooks. I can definitely hear some Swifty 1989 vibes on it, too.

Here’s a track by track explanation by Ingrid herself.